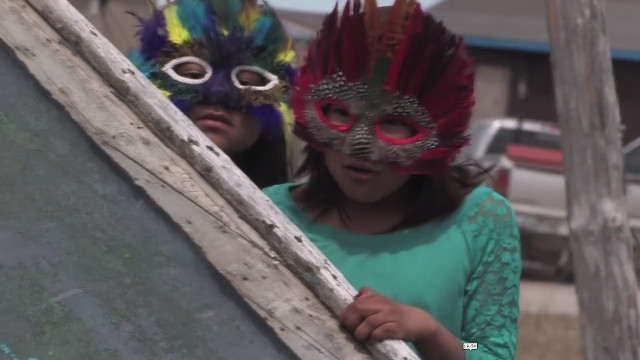 Songwriting for the love of life

“Singing For Life” began as a response to the teenage suicide crisis that’s affected the Attawapiskat First Nation. Young people there engaged with the music of indigenous musicians who are leaving their mark on 50 years of popular music, gained instrumental and songwriting skills in a safe place, through group lessons, activities and guided discussion in support of positive, life affirming responses to the very real challenges they face. They chose to write a song about Hope.

Singing For Love welcomes educators of all sorts everywhere to investigate the curriculum outlined here and to put any part it to use in any way you feel might fit your own learning and teaching objectives. As such, we’ve offered some ideas around potential connections to the Ontario K-12 Curriculum, and invite you to share your own.

Rosa Cervantes is a counsellor in psychology who has worked in Mexico and Canada with women and children facing domestic violence; Richard Fouchaux is an Electronic Education Specialist and past member of the Ontario College of Teachers, who previously taught music and STEM in Ontario’s Junior/Intermediate division.

As a teenager, Richard studied music with Trevor Payne at John Abbott College and attended Berklee College of Music in Boston. He has performed across Canada with full-time rock bands, and/or recorded original music, since the early 80s. icon, link to soundcloud Richard's been a teacher of rock, jazz & classical guitar, first, at 18, as a sub for his own private teacher, later formally at the now defunct Toronto Percussion Centre. He taught at The Arts Music Store in Newmarket, Ontario, for 6 years. He holds the degrees of Bachelor of Fine Arts Music (Special Honours), Bachelor of Education, and Master of Education from York University, plays guitar and trombone, and taught grade 6-8 band, math and computers (HTML and yes, Hypercard!) at the Toronto District School Board and North York School Board. Richard's HTML, CSS, and JavaScript experience stems from a stint as webmaster for the Faculty of Education at York. Richard thoroughly understands and embraces the fact he’s a “Webmaster/PluginMonkey”, indeed he's long been fond of saying he learned web design the same way he learned guitar, by stealing other people's licks. Richard currently produces eLearning for the Government of Ontario, using Adobe Captivate, HTML5 and video. Opinions expressed here are his own.

This site uses Akismet to reduce spam. Learn how your comment data is processed.